To become a member of The Runic Knights Kinship on the LOTRO Brandywine Server, Find an Officer ingame and ask to join . When recruited then register here at the site using your ingame main name or if not then the name of the toon you were recruited on. Thank You for visiting and if you are gonna join, then we look forward to meeting you. :)
Silvanawen: Thanks to miloa for organizing another raid group
Silvanawen: Runic Knights Orchestra concerts Tuesday evening at Bree
Odonath: If you are crashing after logging in screen, switch to 32 bit. The update messed up 64 bit for me.
Odonath: Hey guys, trouble logging in.
Celordal: Full kin clear of Anvil T2 tonight -- hooray!
Celordal: 5/27/19 First 100% kinnie Anvil T1 completion!
Celordal: See http://runicknights.org/pages/readiness for minimum T2 Anvil stat goals!
Ootinni: Meh
Gnix: Anice will doom us all! I feel bewitched!
Gnix: Anice spoiled us all!
Anice: 2/18/19 - First completion of Anvil T1!
Joel: I will be on Anor for most of today. If anyone is on the Legendary Server and would like to be a part of the kin on there, send a /tell to Shasta.
Anice: Made it through boss 1 of Thikil T3 a little while ago as well! I'm calling that a win :)
Celordal: Bitz, Cel, & Maghir completed T2 Thrumfall a couple of days ago!
Celordal: Bitz, Cel, & Naffan completed Glimmerdeep T3 tonight!
Celordal: First kin completion of Thikil T2 tonight!
Joel: RunicKnights has now been set up on Ithil!
Celordal: Thanks to Salyia & Asterus for your help in completing Glimmerdeep T2!
Ootinni: You can't handle TotDT t2c!
Greatli: Lets do Throne of the Dread Terror T2 Guys!
You do not have permission to shout
« January 2021 »
Upcoming Events
RT/SKOT (level ~100+)
Jan 24, 2021 at 09:00 PM
RT/SKOT (level ~100+)
Jan 31, 2021 at 09:00 PM
Hobnanigans
Feb 04, 2021 at 10:00 AM
Hobnanigans
Feb 05, 2021 All Day
Hobnanigans
Feb 06, 2021 All Day
49/82749 Beornings
47/82747 Burglars
78/82778 Captains
93/82793 Champions
71/82771 Guardians
158/827158 Hunters
80/82780 Lore-masters
112/827112 Minstrels
69/82769 Rune-keepers
70/82770 Wardens
Oct 21

The Hobbit live reading: How to watch Andy Serkis 12-hour charity reading of The Hobbit 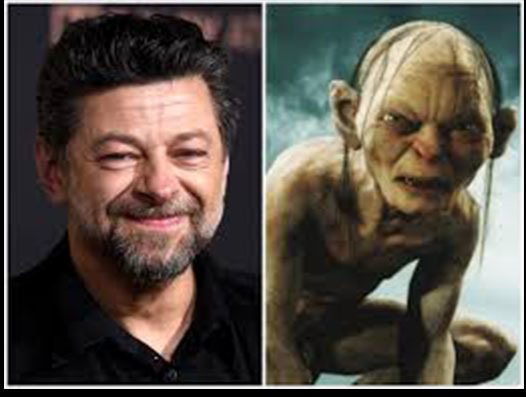 THE HOBBIT is exactly the story we need to escape from normal life - and now Andy Serkis will take on a mammoth reading.

Andy Serkis is famed for his motion-capture performances, as Caesar in the new Planet of the Apes series and even King Kong. However, his most iconic role is that of Gollum, the ring-obsessed creature lurking in the pages of The Hobbit and Lord of the Rings. Now, the actor and voice artist will take his performance of this role to new heights in aid of charity.

He will begin reading on VE Day, Friday, May 8 to raise money for NHS Charities Together and Best Beginnings.

The live stream will start at 10am BST (5am EST, 2am PST) on May 8, and continue through from start to finish with no breaks.
Speaking of the performance, Serkis said: “So many of us are struggling in isolation during the lockdown.


“While times are tough, I want to take you on one of the greatest fantasy adventures ever written, a 12 hour armchair marathon across Middle Earth whilst raising money for two amazing charities which are doing extraordinary work right now to help those most in need.”

How to watch Andy Serkis’ 12-hour reading challenge
The marathon read-along will be live-streamed for free online from 10am BST.

The link to the read-along will be made available on Friday morning on Serkis’ GoFundMe page, where fans can donate.

All of the money raised will be split equally between NHS Charities Together and Best Beginnings, for which Andy has been an ambassador for more than six years.

The GoFundMe page for The Hobbitathon can be found here (will link this in https://www.gofundme.com/thehobbitathoncovid19appeal)

Who is Andy Serkis?
Andy Serkis is a British actor who has revolutionised the way CGI and special effects are created.

He brought these effects to prominence as Gollum, the creature whose "precious" ring is stolen from him in The Hobbit by Bilbo Baggins, only for it to be given over to Bilbo’s nephew Frodo to destroy in The Lord of the Rings.

Gollum begins to follow Frodo and is driven most strongly and passionately by his obsession and love of the ring, which has turned him into a shadow of his former self.

Other than this role, Serkis has also taken on the role of Caesar in the new Planet of the Apes trilogy, Kong in the remake of King Kong, as well as playing a human, Ulysses Klause, in the Marvel Cinematic Universe.

He is taking on the role of Alfred Pennyworth in the upcoming DC film The Batman, opposite Robert Pattinson, and is also a director, making movies of his own like Mowgli: Legend of the Jungle and Venom: Let There Be Carnage.

For those familiar with Discord, the server to join is www. discord.gg/2U3tbEG

This can be done through a web browser, and accessed at any time. There are some restrictions to the app within the web browser that you will need to download the actual program for (Push-to-talk being one); however, it is not required if you simply want to jump on and chat.

Once the site has loaded, it will say you have been invited to Runic Knights by Gnix. Select the "Accept Invite" button, and the app will launch within the browser (or the program, if you have it downloaded to your computer).

From there, we have different channels listed in the lower left corner - The main Lobby, Alehouse, Fellowship and Raid channels, Moors for PvP action, Bullroarer for preview test server.

The main window is a chat window, feel free to chat (see below for guidelines), ask for help, etc.


An abbreviated version of the rule of the Runic Knights will be followed in Discord.

It is not a free for all with anything goes, this is a representation of the Runic Knights, and will be governed accordingly in the future.

In the ale house, a little friendly adult language is allowed. What will not be allowed is utter disrespect for other basic kinship rules and disrespect to an officer (or any other user), whether they are a regular user of voice chat or not.


The point of having voice chat is to expand on our main goal, which is to have fun. Let's do so while respecting each other.
For status, visit https://discordapp.com/widget?id=316978979988832268&theme=dark